How To Understand And Control Night Sweats In Women - Dana LaVoie, LAc

How To Understand And Control Night Sweats In Women

Why do some women get more night sweats than others during menopause?

Night sweats are a common menopause symptom, but what are they?  What causes them?  Where do they come from?

What are your options for dealing with night sweats - and which is the best option and why.

Thats what we're looking at in today's blog video...

What causes night sweats in women?

Night sweats are caused by changing hormones and "the low or changing levels of estrogen in particular." Check out this quote on the Cleveland clinic site

Why do some women get such intense nights sweats while their estrogen is changing and decreasing while other women don't?

And how can you become one of the women who doesn't??

That's when you're most likely to be night sweat free.

So if you give your body help

With my smoothie recipe and email lessons

When you feel hot it's caused by the fire energy in your body.

But there are TWO ways this can happen

The first type of heat, where you just feel hot all the time, is caused by too much fire energy in your body.  Too much fire - you're just plain hot.
Chinese medicine calls this full heat.

The second type, where the heat comes and goes in flashes, is more common at night, and is often felt in your in your head, the palms of your hands, and the soles of your feet is called five heart heat (the two hands two feet and one head being the 5 hearts.) 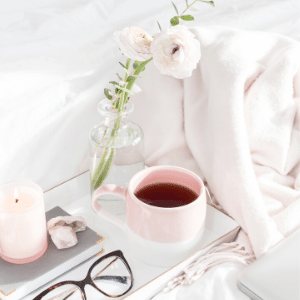 And this is where it gets interesting - because this sounds familiar right?

empty heat is caused by not enough of something.  Here's what often happens:  You have a normal amount of fire energy, but you don't have enough water energy to balance and to control that fire.

So your fire, while not raging all the time, flares out of control now and then because your water energy is not able to control it they way it's supposed to.  This is called empty heat and it means you tend to feel hot in surges, at night, and in the hands feet and head.

Learn to master your hormones naturally with my comprehensive guide:  4 Steps To Get Out Of Menopause Overwhelm

GET YOUR FREE GUIDE

Learn to master your hormones naturally with my comprehensive guide:  4 Steps To Get Out Of Menopause Overwhelm

GET YOUR FREE GUIDE

What's the connection between night sweats and hot flashes?

Most of the time hot flashes and night sweats are both caused by this Empty Heat.

Build up your water energy enough and the hot flashes and/or night sweats will go away.

But because it can take months to fully build up your water...

You can also take herbs to clear this special kind of empty heat to get faster relief while you're building up your water.

Usually after a few months your water is replenished and you can stop the herbs to clear heat. 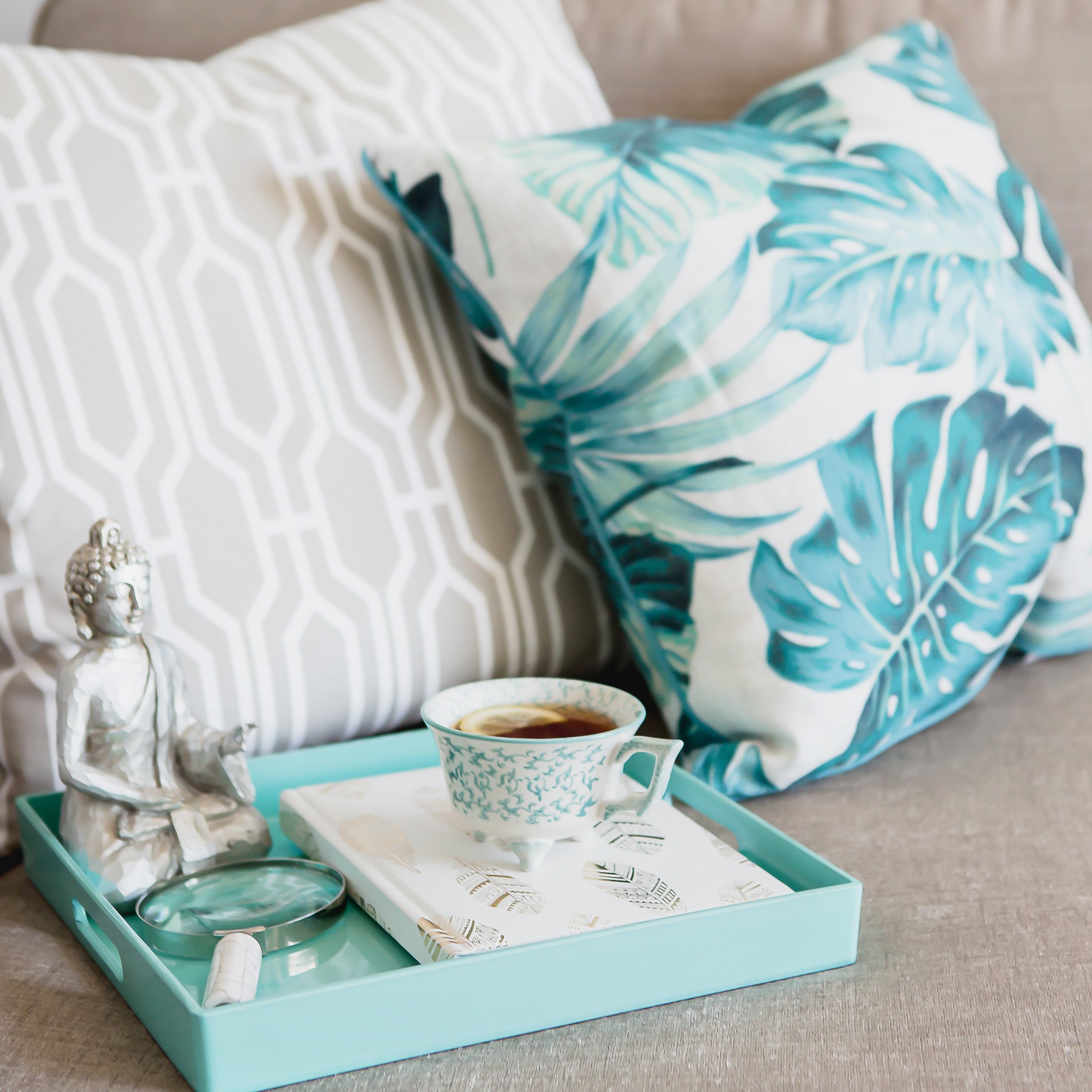 And the great thing is... This works!

(Please note - this month is all about UNDERSTANDING what's going on during menopause and getting the strategic, big picture view of how to address it.  Next month we're diving deep into exactly how to follow through on things like building up your water!)

A fan by the bed?  Some women find this helpful, but its actually a big no-no in Chinese medicine!   Because when you're sleeping you're much more susceptible to wind invasion - so direct breezes are to be avoided if possible.  (More on this in the video above!)

Special wicking or cooling pajamas?:  Sure you might get some comfort from these right away - but no question getting to the rooot f the ns and getting rid of thm is a better solution overall.

A different bed (is your bed causing more sweating?)  Definitely have the top layer of your bed be breathable.  So if your bed is latex get a wool mattress topper (more on this in the video above!)  Other than that it shouldn't make that big a difference.

Click here for all my best sleep habits and to learn more about how to manage insomnia during menopause.

Night sweats are an internal issue.

If your temperature is properly regulated and your water and fire are in balance you'll sleep without night sweats: 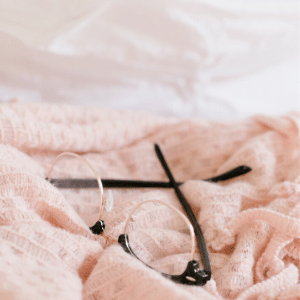 So where does that leave us?

In Chinese medicine this equates to a decline in your water energy (female hormones like estrogen) dropping too low or too fast or getting out of balance with your other hormones while they're all changing during menopause.

Helping the body build up your water energy and harmonize your hormone levels can get to the root cause of the night sweats and help give you relief from the inside out.

The right bed, PJs, and bedroom setup can give quick relief - but getting to the root of the problem is a better choice long term.

Next month I'll be diving deep into how you can build up your water energy with Chinese herbs, diet, lifestyle, and other tips.

Plus building up your water energy has rejuivenating, energizing, and healthy aging benefits for your whole body.

Questions?  Comments?  Let's chat!  Put your comments in the comments are below, and join me on Facebook for a live video chat each week, Wednesday at 5:15 pm PT, about what's going on here on the blog.

below and start getting serious momentum in hormonal balance, menopause relief, and vibrant aging 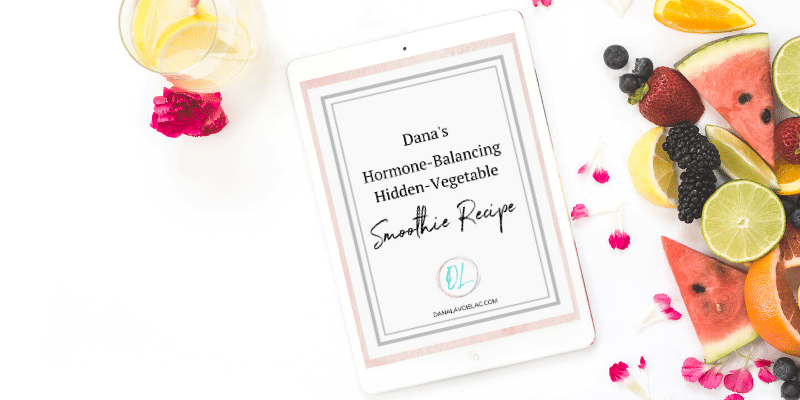 GET STARTED WITH THE BEST DIET FOR YOUR HORMONES

SEND IT TO ME NOW! 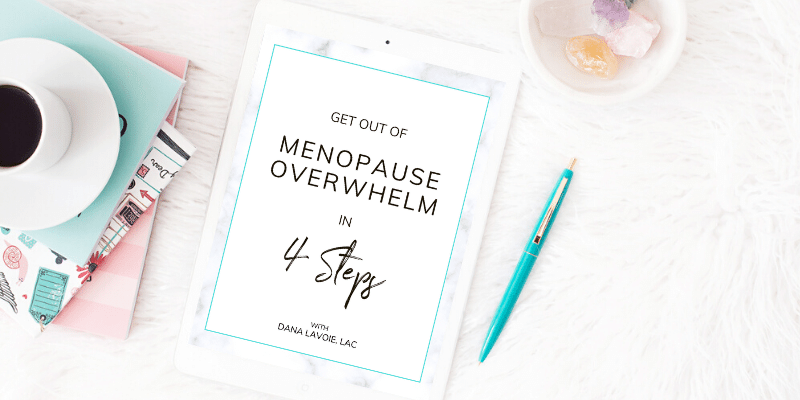 YES, I NEED THAT!

This information is being provided to you for educational and informational purposes only. It is being provided to you to educate you about Chinese medicine in your diet, lifestyle, and supplements and as a self-help tool for your own use. It is not personalized health advice. This information is to be used at your own risk based on your own judgment.  For my full Disclaimer, please go to https://danalavoielac.com/disclaimer-2/

How To Get Rid Of Annoying Hot Flashes Post Menopause

How To Feel Younger And Love The Years Post Menopause

What Are The Best Remedies For Hot Flashes And Night Sweats

How To Overcome The Three Big Menopause Weight Loss Hurdles

The Care and Feeding Of Your Immune System

Hi, I'm Dana, an Acupuncturist & Herbalist with over 15 years' experience specializing in women's health. I'm here to show you how to use customized Chinese Herbs supported by the best diet and lifestyle for your hormones to feel amazing during & after menopause.

A handy, one-page index of all my free video blogs!

Get my FREE hormone-balancing smoothie recipe PLUS tips on the best diet for menopause!

Please log in again. The login page will open in a new tab. After logging in you can close it and return to this page.

Yes - I want to learn more about the best diet for my hormones...

Enter your name and email above and I'll email you

#2: A series of emails on how to build the best diet for menopause & post menopause

Become one of my email insiders for weekly women's health wins and this insider's guide:

Become one of my email insiders and get my help starting on the path to hormonal health including menopause & anti-aging relief right now via your email inbox.  You can unsubscribe any time, & you're agreeing with my Privacy Policy

x
Notice: This website or its third-party tools use cookies, which are necessary to its functioning and required to achieve the purposes illustrated in our policies. If you want to know more or withdraw your consent, please click "read more" to view our policies. By closing this banner, clicking OK, clicking a link, or continuing to browse otherwise, you agree to the use of cookies. OkRead more